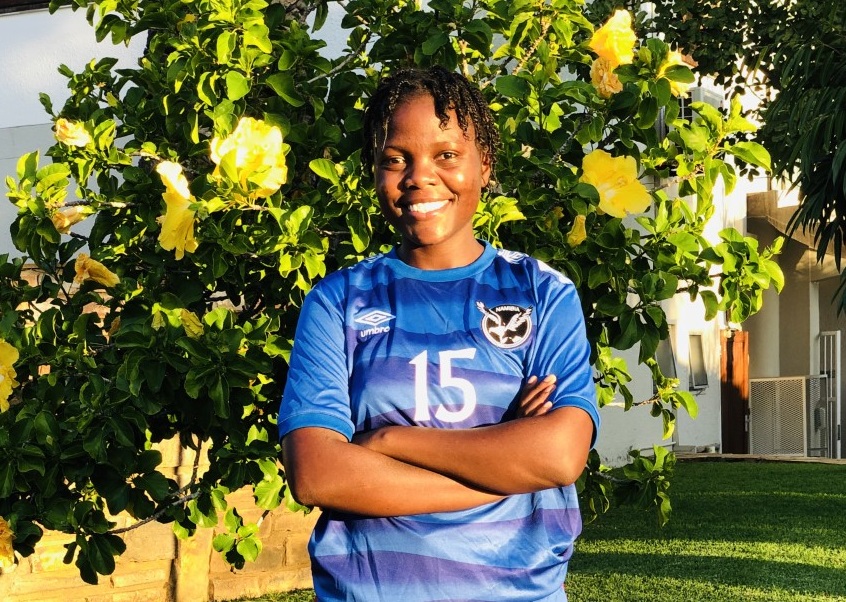 What does football mean to you?

“My passion for football took a while to develop. For many years, it was not ‘love at first sight’ because it took me a while to realize that I am in love with the beautiful game. Playing football is one of the best decisions I have made because it has helped me grow. So far I have had a very fruitful experience, not only because of the achievements, but because I have gained so much in terms of family, opportunities and support. It has not been an easy journey but I understand nothing worth having comes easy. I would not trade this experience for anything.”

How did you first get into football?

“I started playing football because I did not want to help with household chores during the weekends. Like I said before, it was not a love at first sight situation but over time, I grew to love football. I started playing for an amazing team called The Little Pumpkins at the age of 12. I then joined one of the best teams in the country, Galz & Goals Football Club where I played for almost 5 years. I currently play for the reigning Super League and Super Cup champions, Tura Magic Ladies Football Club.”

How did you hear about your call up to the national team?

“I found out about my call up through the national team coaches and it is always an honor to get a call up. The high level of excitement and gratitude never changes. It is every footballer’s dream to some day represent his or her national team. When I found out that, I was part of the squad I had to give thanks to The Almighty because nothing is possible without God.”

How does it feel?

“Getting a national team call up on its own is a huge achievement because there are so many football players out there and the fact that I get the opportunity to be part of the squad is an honour. Representing a country like mine (Namibia) is something I take pride in because we are the land of the brave. Where I come from, we do not wait for opportunities but rather create them.”

What are your hopes for the squad?

“We will be facing Angola in two international friendlies. These matches mean a lot to us and to me personally because we are finally getting to play after almost 19 months. We have worked so hard and we hope to make our country and ourselves proud by winning the two friendly matches.”

(We plan but God determines)